The heat of summer may be upon us, but the energy of Capricorn relates to its ruling planet Saturn, the 10th House of Career/Ambition in the Natal Chart and the winter solstice…think Papa Bear, hibernation, deep thoughts, introspection and grand old Father Time. Saturn, also a planet of K-A-R-M-A and lessons, rules over your duties, responsibilities, ambition, structure, time (which moves slowly + surely here), authority/older male figures in your life and boundaries. Wherever Saturn falls in your natal chart is where deep lessons reside, where you’ll feel restricted or limited, where you’ll need self-discipline and where you’ll require MUCHO PAZIENZA if you plan to get through the rough spots without completely losing your mind. Everyone has what’s called a “Saturn Return”, typically between the ages of 28-32, when Saturn returns to its original placement/degree in your natal chart and that’s when shiz hits the fan and something MAJOR has to shift in your life. Marriages, divorces, births, deaths, career changes, big moves or anything that will change your life and way of being dramatically. It’s usually a really challenging time, but it prepares us for the second half of life til the next grand juncture. If you’re in your late 20’s/early 30’s and going through it big-time, now you know why.

Full Moon this month on July 1st in the sign of Capricorn is heralding a time when whatever you’ve been working towards, however you’ve spent the past few months toiling away and whichever projects have been in the fire stewing and boiling that you want some recognition for should be coming to some kind of completion or full bloom. Saturn also went into retrograde in the beginning of June from Sagittarius back into the sign of Scorpio, where it will reside until the start of August. Retrogrades always mean a time to slow down and revisit things from the past to gain a new perspective. Saturn moved backwards into a critical degree (29 degrees) in Scorpio, which basically represents a crisis point or some type of permanent ending. Depending on where Scorpio is in your chart will show where you’re getting “hit”, and this goes specifically for those that have Scorpio sun, moon or ascendant. This critical degree over the summer will bring some cycle that you started in the fall of 2012 to an end. Critical degrees also bring with them a sense of urgency, as well as issues with decision making. You may go back and forth a few times, but something has GOT TO GO or be released. Resistance is futile…and exhausting.

In the positive sense, endings always represent new beginnings,  when the old must go so the new can enter, so even if it’s a “permanent end” in astrological terms, it may just be a metaphorical ending or finalization in an outdated way of reacting, a letting go of past influencers or past conditioning or a shift in your values structure that must change so you’re able to decide what’s truly meaningful to you NOW and build upon fresh ground. You may even start anew with certain people in your life, on better terms, and these peeps will most likely be popping up for you right now (at times straight + seemingly outta nowhere) depending on what you started with them in late 2012. The Universe says – “My friends, it’s time to start again.”  Saturn will always assist you in eliminating what is no longer serving your highest good by stripping away what isn’t of value and forcing you to face the hard truths. When you’ve behaved in integrity, Saturn will bring tremendous gifts. If you’ve been playing the blame-game or lying to yourself or others, you BEST BE READY for a rude awakening. Saturn isn’t playing around now…or ever. And you WILL pay the hard price if that’s what it takes to get you on your path to greatness or to pay off that karmic debt.

Saturn, besides being that cause-and-effect-wake-up call, also relates to hard work and determination. So wherever you have Capricorn in your natal chart (where the Full Moon is now expressing itself) is where you’ll typically be the most disciplined, structured and aimed for success. You’ll also have a tendency to be a bit serious and super responsible in that area…and if you’re not, evolving to that is part of your soul’s journey in this lifetime. The energy of Capricorn causes us to settle down, sink in to whatever we’re working on and get real (and real serious) about what it is we want to achieve. Plus with FIVE planets in retrograde this summer (Venus stations retrograde on July 25th and Uranus on July 26th, joining Saturn, Neptune and Pluto!), you’ll have lots of time to sit back, chill, make plans, be thoughtful and take the necessary action steps to fire things up in the fall. No rushing.

July is your time for cosmic compromise and agreement. Make peace with your past. Shake hands with your demons and dirty habits and say Sayonara–hopefully you’ve outgrown them. Prepare yourself for what’s to come. And get ready to put in the sweat (and tears if needed) if you want to see the rewards this year. Sink into your goals. The energy of astrology is real and so are the positive effects when we act accordingly and use what’s aligning in the ethers to our benefit.

Since Full Moons are all about action and releasing whatever we want to manifest into the cosmos so it’ll come to fruition (whereas New Moons are a more introspective time for setting the intentions of what we wish to manifest in the periods in between lunar cycles), this is a great time to celebrate success of what you’ve been working towards, give yourself a pat on the back and ask the Universe for a little extra bonus help, since, why not right? They always say “Ask and you shall receive” and Capricorn Moon really wants to tell you, “Get focused, be prepped to work your ass off, THEN ask and you shall reap whatever you have sown, Dear One.” So pull out your journal tonight in preparation for tomorrow’s FULL LUNA, do a little throw-down with your deepest desires, your wish-list of long-term visions and whatever you want to move towards over the next 6-12 months, and think BIG. Capricorn may represent slow growth, but if you put in the time, energy, effort and focused intentions, it will give you the gift of abundance, prosperity and recognition that you deserve ten-fold. Capricorn always rises to the top and so can you if you fully commit. 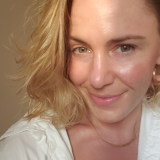